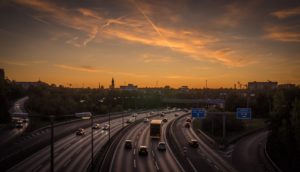 Around six million people now live in the Berlin/Brandenburg metropolitan region. It is not only in the inner city area of the capital that the topics of redensification, expansion of infrastructure or the creation of educational and sports facilities play a major role.

Also and especially in the so-called „Speckgürtel“, the peripheral areas on the outskirts of Berlin and the surrounding regions, there has been an increasing development of residential and owner-occupied areas, of transport, office and commercial projects for years.

This also means that several million people commute across the borders of the two states of Berlin and Brandenburg every day, or people move from Berlin to Brandenburg – and vice versa. Different framework conditions, for example for childcare, public holidays or local public transport, often present people with smaller and larger challenges.

Since the plan to make Berlin and Brandenburg a joint federal state failed 25 years ago due to the veto of the Brandenburg population, inconvenient, bureaucratic or legal hurdles keep cropping up in one of the most up-and-coming metropolitan regions in Europe.

FOCUS ON FURTHER DEVELOPMENT OF THE CAPITAL REGION

Regardless of this, however, the region continues to develop unabated. Current forecasts assume that the peripheral regions in and around Berlin in particular will continue to grow, that new urban settlement areas will emerge, and that areas that are still rural today will be absorbed by the growing infrastructure in the future.

The two federal states of Berlin and Brandenburg do not want to leave this development to uncontrolled growth and have therefore launched the „Strategic Framework for the Capital Region“ project.

The goal of the project is „to formulate guiding ideas for the development of the Berlin-Brandenburg capital region in this decade, to create a uniform framework for ongoing joint projects, to launch new joint projects and to strengthen the interdepartmental links between the projects.“

At least, that’s how it reads on the project’s official website. Accordingly, the two governments have defined a total of eight fields of action that are to be the subject of the overall strategic framework:

Until January 17, citizens still have the opportunity to contribute their ideas as part of a digital participation process.

This website uses cookies to improve your experience while you navigate through the website. Out of these cookies, the cookies that are categorized as necessary are stored on your browser as they are essential for the working of basic functionalities of the website. We also use third-party cookies that help us analyze and understand how you use this website. These cookies will be stored in your browser only with your consent. You also have the option to opt-out of these cookies. But opting out of some of these cookies may have an effect on your browsing experience.
Necessary immer aktiv
Necessary cookies are absolutely essential for the website to function properly. This category only includes cookies that ensures basic functionalities and security features of the website. These cookies do not store any personal information.
Non-necessary
Any cookies that may not be particularly necessary for the website to function and is used specifically to collect user personal data via analytics, ads, other embedded contents are termed as non-necessary cookies. It is mandatory to procure user consent prior to running these cookies on your website.
SPEICHERN & AKZEPTIEREN